A prayer for the Movement

A prayer for the Movement

The bad news, the sad news
kept coming through the day, O God.
The Rev. C.T. Vivian died in the morning.
Congressman John Lewis died in the evening.
Their deaths call to mind the death of
the Rev. Joseph Lowery but a few months ago
and the death of Emma Sanders last week.
Each worked for justice.
Each joined the struggle for civil rights, for human rights.
Each provided leadership to that effort.
We thank you for their lives,
their faith,
their courage,
their love,
their witness, and
their work.
We give thanks that they rest with you in peace and that they will rise in power.
Comfort their families and friends and all who grieve.
May their memories shine brightly
in our hearts, minds, and souls.
As we remember them,
may we also remember
the folk whose names are known to but a few,
but are written in your Book of Life.
The members of the Movement
for freedom,
for equity,
for justice.
As we remember,
may we be strengthened
to be outraged at injustice
wherever, however, it occurs
that we might take our place and do our part
in that Movement,
whenever, whatever that may be.
We pray in Jesus’ name. Amen.

Note: the image of “folk whose names are known but to a few, but are written in your Book of Life” was first given to me by the Rev. Dr. Otis Turner.

The New Sanctuary Coalition encourages this action as a witness on New Year’s Eve:

🏽
Immigrants are dying in detention. This Administration separates families, and locks parents and children in cages. They are inhumane and evil.
Come together in community and solidarity with migrants and refugees at the border and in detention all over the United States.
Let us keep those who have been unjustly stripped of freedom in our hearts.
We will not look away from injustice and inhumanity.
‪At 11pm on New Year’s Eve, let’s light‬ up the night sky and illuminate the beginning of a new decade of freedom.

Share a picture or video of your lit candle and tag us. Use the hashtags #lightacandle #dontlookaway #FreeThemAll

Watch for my picture. I hope to see yours.

The Declaration, and the commitment of UN Member States to affirm and implement its principles, has resulted in the dignity of people uplifted, untold human suffering prevented and the foundations for a most just world have been laid in the treaty regime built upon the Declaration. It is both an aspirational, visionary document and a set of standards that permeates international law.

The Declaration articulates a vision that has been built upon and used to extend rights and protect people around the globe. In a world where exploitation and violation are so strong, we can be grateful for the many ways in which the Declaration has had an impact. Its successes are many.

At the same time, violations of international law and human dignity are perpetrated in many countries. In a report released on Friday, a team of experts appointed by the UN Human Rights Council noted that:

The report expressed concern that an “upsurge of nationalism and xenophobia seen in countries of asylum, at a time of rising forced-migration” is “reversing the gains of international humanitarian cooperation of the last 70 years.”

UN News notes that :In honour of the 70th anniversary of this extraordinarily influential document, and to prevent its vital principles from being eroded, the UN is urging people everywhere to “Stand Up for Human Rights”.

One way to do that is to  choose a place in the world where human rights are abused (including in the United States of America) and become informed. Take one action today that affirms and celebrates the worth and dignity and rights of others.

A freedom I am thankful for 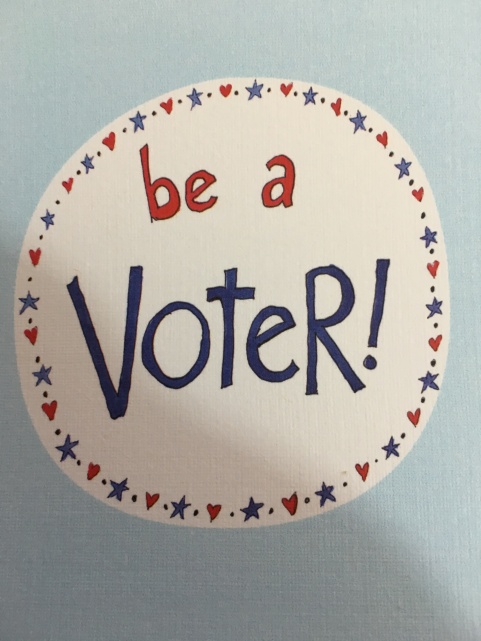 If voting makes no difference, why do some people work so hard to see that other people cannot exercise that freedom?

Traci Smith, author of Faithful Families: Creating Sacred Moments at Home has provided a gift of the November 2018 Gratitude Every Day calendar. I am using it as an opportuity to revisit photos and post them as they speak to gratitude.

“The Belhar pushes the church, as she confesses, to be present in the lives of others beyond formal gatherings and policy-making engagements. Belhar calls the church to come to know itself, to actually love the neighbor, and set captives free.”
Mark Lomax
Lenten Reflections on the Confession of Belhar

God help me, help the church, love our neighbors and free captives. Guide our actions.

Independence
in the coming year,
on this very day,
at every moment.

Independence
to laugh
to love
to live.

I speak for no others,
only for myself.
For me, this day has
nothing to do with
green beer or
green rivers or
green clothing,
this day has nothing to do with
pinching me or kissing me;
my bad jokes aside,
this day has nothing to do even with Jameson.
Today is a day
to remember oppression
to honor resistance
to recognize that, despite the efforts of
systems of race and racialization
to separate us,
struggles for dignity and justice,
freedom and equality,
human rights and humanity
are inseparably linked:
none of us are free until all of us are free.
for that reason, in that spirit, and in my own fashion,
I mark this day, and each 17th of March.
Happy St. Patrick’s Day.

Fitzgerald, from County Cork, on my mother’s side.

See you along the Trail!

Great news! Delighted to share this from my friend Grace Ji-Sun Kim. 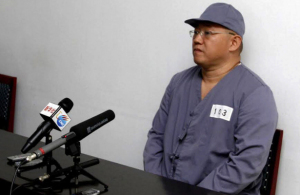 So excited and happy that Kenneth Bae is on his way home. He will be reunited with his sister, Terri Chung, his mother, family and friends in Seattle tonight.

We praise God for his release.

Making the Fourth of July a day for us all

Whose holiday is the Fourth of July?

We like to think of this day as a day of celebration for all the citizens of the United States of America. But as Frederick Douglass proclaimed over 150 years ago, for many people – people living in this country – the Fourth of July serves as a painful reminder and a mockery.

When he spoke, the issue was slavery. Millions lived in the chains of chattel slavery. Those chains have fallen, thanks in large part, to Frederick Douglass and other African-Americans who resisted enslavement.

But many still do not enjoy fully  the vision of freedom. Racism persists. A number of states greeted the recent Supreme Court decision on the Voting Rights Act by moving ahead with Voter ID laws, some of which have been rejected under the voting rights act. Immigrants face challenges as they seek to make a new life. Supreme Court decisions have made it possible for our LGBTQ brothers and sisters to marry – in certain states. An economic gulf looms between the rich and many people who struggle to find ends, let alone to make them meet. Men, women, and children are trafficked for labor and for sex. Slavery has morphed; it has not disappeared. For many, the promises of freedom and the United States remain unrealized. For all of us, the words of Frederick Douglass ring true.

Frederick Douglass was born in a slave cabin in Maryland. The date and year remain unknown even to Douglass. The condition of enslavement resulted in such a lack of knowledge for many. Douglass endured the violation and horrors of slavery. And he resisted. His first attempt to escape failed. Then he tried again and, in early September 1838, disguised as a sailor, he escaped to freedom – precarious freedom, but freedom none the less.

During a visit to the African Burial Ground National Monument in Manhattan, Tricia and I opted to take a tour that focused on slavery, resistance, and abolition efforts in New York. We learned that Douglass made his first stop in New York City. He did not stay because of the city’s support for slavery. In New York, Douglass married Anna Murray. They went to New Bedford, Massachusetts to live.

Douglass became a leader in the abolitionist movement. A talented speaker, he would spend about six months each year travelling and speaking. Douglass attended the Seneca Falls Convention and became a supporter of women’s rights including the right to vote. This connection led Anna and Frederick to move their family to Rochester, New York, perhaps to be near Susan B. Anthony.

On July 5, 1852, in Rochester, Douglass spoke at an event commemorating the signing of the Declaration of Independence: the Fourth of July, U.S. Independence Day.  Perhaps they anticipated his words and tone. Most likely they did not. Douglass reminded his audience that, “This Fourth of July is yours, not mine. You may rejoice, I must mourn.” He went on to note:

What, to the American slave, is your 4th of July? I answer; a day that reveals to him, more than all other days in the year, the gross injustice and cruelty to which he is the constant victim. To him, your celebration is a sham; your boasted liberty, an unholy license; your national greatness, swelling vanity; your sound of rejoicing are empty and heartless; your denunciation of tyrants brass fronted impudence; your shout of liberty and equality, hollow mockery; your prayers and hymns, your sermons and thanks-givings, with all your religious parade and solemnity, are to him, mere bombast, fraud, deception, impiety, and hypocrisy — a thin veil to cover up crimes which would disgrace a nation of savages. There is not a nation on the earth guilty of practices more shocking and bloody than are the people of the United States, at this very hour.

Douglass did not end there, however. He observed that, despite his experience and the painful realities,  “I do not despair of this country.” He closed with a  poem of hope written by William Lloyd Garrison that begins:

God speed the year of jubilee
The wide world o’er!

The poem ends with an affirmation remaining engaged in the struggle for liberty, freedom, and justice – of working to make the promise of the Fourth of July real for all.

Frederick Douglass devoted himself to that struggle.

May I do the same.