Confession #1. I do not like Halloween. I did as a child – especially the candy part. I took great joy in the delight that Sean and Eric experienced in their costumes through the years. But as a holiday for me to celebrate as an adult, it does not work.

Confession #2. On my long walk home today, I noticed all sorts of people of all ages wearing all sorts of costumes going trick-or-treating along Amsterdam Avenue. As my friend J.C. Austin points out, it can sometimes prove difficult to distinguish between people wearing costumes and colorful New Yorkers. But clearly some of the people wore costumes. It proved great fun to watch parents and children and merchants take part. At W. 86th Street and Amsterdam West-Park Presbyterian Church, I came across my friend Bob Brasher – pastor of the church – handing out treats to all sorts of costumed children. Perhaps the city’s vulnerability after Hurricane Sandy played a part, but it hooked me.

Confession #3. I took the photo on the hall of my apartment building, not on Amsterdam. Clearly someone here appreciates the day more than I.

Today I made my first journey to the Presbyterian Ministry at the United Nations since the arrival of Hurricane Sandy. The Church Center did not open, but we had heard that our office had sustained damage. I wanted to see.

Given that the subway remained closed and acknowledging my aversion to buses (Sam and Dave are Soul Men – I am a train guy), I took a ride in one of the cars licensed by the New York Taxi and Limousine Commission. I negotiated a price – a more than fair price – before entering the car.

The ride – from W. 123rd and Amsterdam to E. 44th and First Avenue took almost two hours. Two long, slow hours. I doubled the price the driver asked. He continued to thank me after I had left the car.

I arrived at the building and one of the management staff let me enter. I went to our office to discover that one of our windows had blown in. It knocked some equipment off the ledge and blew some paper around the office. I made some phone calls, took some pictures, and prepared to leave.

When I departed from the Shire on the Hudson, I wore my tennis shoes in case I had to walk. Faced with another interminable car ride, I decided that walking made sense – walking the whole way home – from E. 44th Street and First Avenue to La Salle and Broadway on the Upper West Side. It totaled about 15,000 steps on my pedometer. Sean told me that it showed as 5.4 miles on the map.

I broke up the walk nicely. I made my way crosstown to Sean’s apartment at W. 52nd between Broadway and 8th Avenue. After a brief stop, Sean came with me. Together we made our way north. We paused to see the crane that hangs over W. 57th Street like a modern-day Sword of Damocles. At W. 72nd we chose to go up Amsterdam – a wise choice. We ate a late lunch at the Amsterdam Ale House. Lunch completed, Sean turned back south and I continued north.

As I made my way, I noticed that many children were trick-or-treating in the businesses along the street. At W. 86th Street and Amsterdam by West-Park Presbyterian Church, I came across my friend Bob Brashear – pastor of the church. We talked a while and then he returned to his task of responding to the trick-or-treaters and I resumed my walk.

About 6:00, I entered the door of the Shire on the Hudson – tired, refreshed, and filled with a spirit of accomplishment. A long walk completed.

Last night brought a “gallant effort” double feature to the Shire on the Hudson. I can’t really explain why, but my mood turned in that direction. 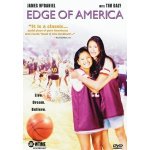 The evening began on the Edge of America. Directed by Chris Eyre, the story is loosely based on a true story about a black English teacher who comes to the Three Nations Reservation and ends up coaching the girl’s basketball team. The team has lost consistently. Racism, daughter-father relations, grief, cross-cultural confusion and conflict, and questions of self-esteem are among the issues that the film explores. Among the memorable scenes, a conversation between coach Kenny Williams, played by James McDaniel, and assistant coach Annie Shorty, played by Irene Bedard, stands out:

Annie: Those girls do everything you ask them to do. They practice hard, they get good grades, they win.
Kenny: Then you tell me why I’m pissed off.
Annie:  Because you’re a black man in America.
Kenny:  That’s right, I’m good and pissed off.
Annie: Well then get over it! You’re talking to Indian people here! Get over it, get on with it, or get the hell out!

Williams gets on with it. The young women play their way to the state finals. There they lose to the state powerhouse when a last-second shot bounces off the rim. Coach Williams blames himself and asks for forgiveness for failing the team and leading to the loss. As they return to a rousing welcome from the community, the players point out that they have nothing to forgive as the community and the players realize they have won in every sense of the word.

Mystery, Alaska closed the evening. A small town, Mystery loves its hockey. The sport unites the town. Each week brings “Saturday Game”, four-on-four pond hockey played on the open ice of the town’s frozen lake. Charles Danner, played by Hank Azaria, has left Mystery and become a sports writer. His story on the town and its hockey appears in Sports Illustrated. It leads to a game against the New York Rangers. Subplots weave together as the plot moves toward the climactic game – the pride of the town, father-son relations, infidelity, youth and age, a superstore moving to town, a trial of Mystery’s leading scorer. the unwillingness of the Rangers to play during their break, and more. The day of the game arrives. Little Richard, who notes that “It’s cold,” sings both the Star-Spangled Banner and O Canada to prolong the exposure of the Rangers to the frigid Alaskan air. In the first period, the Mystery team, coached by Burt Reynolds and captained by Russell Crowe, jumps out to a lead. The Rangers roar back in the second period to go ahead. Mystery closes the gap in the third period only to fall short when the game-tying shot bounces off the goalposts and into the goalie’s glove. The town, the Rangers, and eventually even the Mystery players recognize and celebrate the effort. Son Eric, friend Sparky and I noticed that several cast members appear with Crowe in 2010’s Robin Hood.

Two enjoyable films, two powerful tales of giving our all, two parables on the meaning of winning, made for a good evening.

It is morning.
It is after.
For those who passed through
Hurricane Sandy
Tropical Storm Sandy
Nor’easter Sandy
Frankenstorm
it will,
as for anyone
who lives through any
significant, dramatic, traumatic event,
always be after.

It is morning.
It is after.
In varying degrees of
shock and grief,
faith and hope,
assessment begins,
analysis begins,
recovery begins,
rebuilding begins.

It is morning.
It is after.

From the comfort of my home,
I watch NYU Hospital being evacuated –
patients, sometimes children,
carried down the stairs
(for the elevators do not work),
riding on gurneys,
accompanied by medical personnel,
emerge from the building
where EMTs meet them –
shield them from the wind and wet –
hustle them to the first ambulance
in the queue, its lights flashing.
As the patient gets on board,
the ambulance leaves
and another takes its place.

Tears run down my cheeks
toward a broad smile.

We spent the better part of a
great afternoon at the
Greeley Centennial Village Museum.

I wait.
I watch.
I see the pictures.

It has only begun,
my imagination runs.

My heart breaks.
My spirit grieves.
For sisters and brothers
already battered by the storm,
lives lost, homes gone.

My heart wrenches.
My spirit aches.
For sisters and brothers
who have no shelter
from the storm.

My heart leaps.
My spirit soars.
For sisters and brothers
who go into the storm
responding to human needs.

Again I wait in privilege.

This time the date is with
Sandy, not Irene.
Hurricane?
Tropical storm?
Frankenstorm?
Whatever name,
I wait.
Sandy approaches.

I have worked my way
through the preparation drill.
Candles bought.
Batteries obtained.
Electronic products recharged.
Water bottled.
Food purchased –
what happens to year-old applesauce?
Does it go bad?
Does it ferment?

I straighten the apartment,
move and position items –
later tonight I will fill the bathtub
and light again the sentinel.
I prepare.

I wait and I remember,
yet again,
the privilege that is mine:

I have a place,
a solid place,
a dry place,
a safe place:
a roof above,
walls around;
I have
water to drink
and water to flush;
I have flashlights, candles for light
food that needs no cooking;
clothes to keep me warm;
loved ones who will check upon.

So much I have,
while sisters, brothers have but little,
while brothers, sisters have none at all.

I wait and I remember,
yet again,
the privilege that is mine

I wait and as before I wonder,
after the waiting,
after the storm,
what I will do differently
with the privileges that are mine?

Why I like New York 18: the wonder of Central Park

Even when one becomes lost, delight often lies just around the next corner. 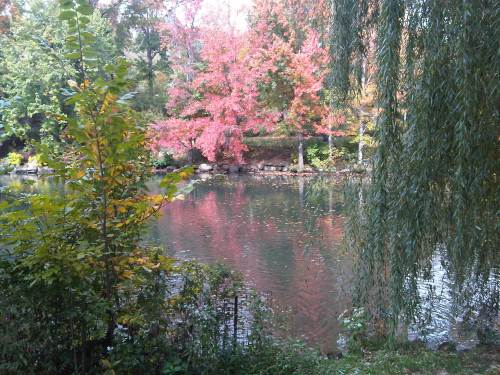 Across the city, images evoke Tolkien. Two towers abound. Today’s trip to Central Park brought a different image. Look closely. They are there. 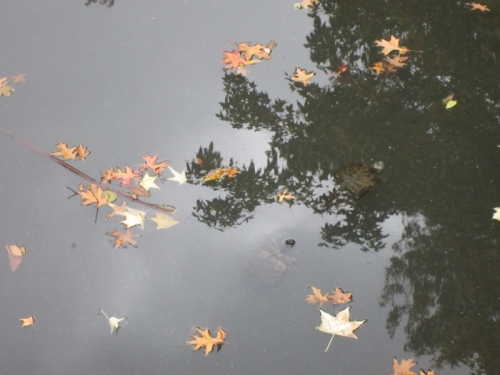