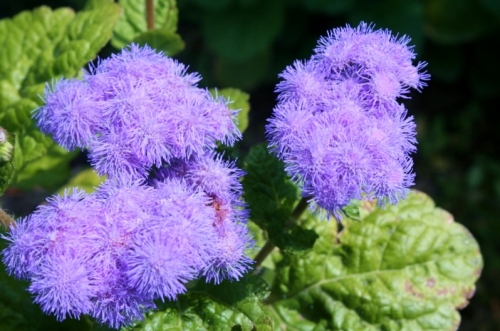 In response to the killings at Emanuel African Methodist Episcopal Church

From my friends who have commented on the act of terror that involved the killing of nine people, nine of God’s children, nine of my brothers and sisters, at Emanuel African Methodist Episcopal Church in Charleston, I share, with permission, some words that touched me:

This is outrageous – this white terrorist murderer said “you’re raping our women and taking over our country and you gotta go” before killing 9 African Americans, and Fox is trying to spin this as the nutty right wing “Christian persecution” complex that somehow this is part of the war on people with traditional values. This was racial hatred – our own particular American sickness. The white shooter has not been portrayed as a “thug”, or even a terrorist, even though he has a mug shot and was arrested twice in the last 3 months. “We do know we’ll never understand what motivates someone to do this” (Governor Nikki Haley) Yes, we do understand what motivates him – he told them – racial hatred. And a white terrorist, according to the media, must have some sort of mental illness, or bad childhood, some reason to explain his actions, other than that he was raised in the US, where racial hatred is taught and not addressed and is so rampant that our media give this white kid all kinds of white privilege.
– Patrick Evans

What happened in Charleston was not random or senseless. It was an act of domestic terrorism fueled by ever present white supremacy. Church, let’s not live in denial.
– Christine Hong

Senseless (adj.): A word that forever needs to be extracted from our political and national vocabulary, especially after instances of mass violence. We can make sense of the horrific murders of nine black South Carolinians gathering for Bible study– and it starts with confronting a culture which idolizes guns and violence and refuses to acknowledge white supremacy.
– Kyle Cristofolo

Recent events are almost incomprehensible. From the precious lives lost, to how it happened, to the fact that these acts of hate happen way too often, to the policies that allow them to happen, to the hatred and bigotry that undergird the violence. Wish this wasn’t true. RIP, our fellow humans, brothers and sisters, and neighbors. It seems almost trite to say that we send thoughts and prayers to the impacted community…right? But maybe we do that, in combination with holding onto conviction and hope for a better tomorrow, that we have the courage and will for justice to co-construct better and more peaceful communities and country.
– Ester Sihite

And finally, my own words:

I grieve for my brothers and sisters, unknown to me in person yet my family nonetheless, who were killed in Emanuel AME Church. I rage against the racial hatred and anger that apparently resulted in the killing of God’s precious children. I ache at this bloody reminder of the power of the system of racism to shape our behavior. I hear a call, again, still, to work with my sisters and brothers more creatively and effectively to dismantle racism and to build community and to address gun violence. And I pray for the grace and courage and faith and hope to respond.

With thanks for my friends.

Clementa Pinckney, 41, the primary pastor who also served as a state senator.

Tywanza Sanders, 26, who had a degree in business administration from Allen University, where Pinckney also attended.

Ethel Lance, 70, a retired Gailliard Center employee who has worked recently as a church janitor.

Susie Jackson, 87, Lance’s cousin who was a longtime church member.

DePayne Middleton-Doctor, 49, a retired director of the local Community Development Block Grant Program who joined the church in March as a pastor.

Myra Thompson, 59, a pastor at the church.

Daniel Simmons Sr., 74, a pastor, who died in a hospital operating room.

The Presbyterian Church (U.S.A.) reaches out to its sisters and brothers of Emanuel African Methodist Episcopal Church of Charleston

From the leaders of the Presbyterian Church (U.S.A.):

The Presbyterian Church (U.S.A.) reaches out to its sisters and brothers of Emanuel African Methodist Episcopal Church of Charleston, South Carolina, where nine people were killed when a gunman opened fire Wednesday night during Bible study. We grieve with the families of the victims and members of their church community. We hope the perpetrator is soon captured and brought to justice.

The chief of police in Charleston has named this a hate crime. We know of no other name for a crime that forces a five-year-old child to play dead in her church in order to live. Arresting the shooter is the job of law enforcement. Arresting hate is the work we are all called to do as disciples of Jesus Christ. May God never give up on us as we face our own racism and its tragic impact on congregations, their communities, and our very souls.

God of our weary years, God of our silent tears, God who has brought us thus far on our way, only you know why someone would enter into your house of worship and open fire on your children. Only you know why hate would run so deep that it would cause one of your creations to kill others you have formed. In our confusion over this senseless act, we appeal to you for understanding and courage to continue to fight for justice. We pray right now for the families of those who lost lives at Emanuel African Methodist Episcopal Church in Charleston, S.C. on June 17, and ask that you would wrap your loving arms around them and the entire community. Likewise, we pray for an end to the continued racial unrest and violence that permeates the United States and the world, and ask you to guide us to work earnestly for change. Now unto you who is able to keep us from falling, we pray all these things.