Well I have not done as well at blogging as I had hoped. I have done well in terms of eating and exercising. I have now lost track of the number of days that I have walked more than 10,000 steps. We are talking a couple of weeks or so – but still.

Packed for another trip tonight. On the way to Lake Erie Presbytery.

September 8
Travel day. Arrived at the Shire in the middle of the afternoon. Went to the gym. 12,395 steps.

September 11
Travel day. Most walking took place in the Charlotte Airport. It is actually a pretty good place for that. 10,251 steps.

September 12
Back at the Shire. Football started! Watched Steelers at Buffalo Wild Wings. Overate. But Steelers won. Made it to the gym. 10, 318 steps.

Hope to get back to posting more regularly. 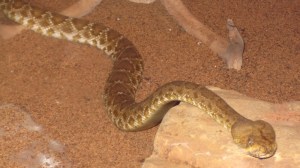 Finally saw a rattlesnake – of course it was behind glass and in the Downtown Aquarium in Denver, but it was a rattlesnake.

Started the day on the treadmill with The Last of the Mohicans. Good stuff. I saw the last of the movie. Daniel Day-Lewis was amazing as always. I once walked a short distance with Russell Means during a demonstration in Cleveland. He’s a big guy.

First stop for the day was the Downtown Aquarium. Since we planned to go to the Colorado Rockies baseball game, we parked near the stadium and walked to the aquarium. Had lunch, checked out the critters. Noticed a distinct lack of octopi. Hmmm.

Great night for baseball – a well played game. Lots of fun. $1 hot dog. Baseball should show up on my to-do list more often.

All of that was great, but the big news is that the step count for the day was 21,294. That’s right. Over 20,000. That is the second time that happened. Once last summer at Ghost Ranch, the count exceeded the 20k level. So I don’t know if this is a record or not. But it is the highest in over a year. And it is pretty darn good. I also managed to eat well.

Tomorrow marks the end of the vacation and the return to the Shire. Ah well. Until the next one.

Tagged as Daniel Day-Lewis, The Last of the Mohicans, treadmill

Back on the treadmill

Hit the treadmill this morning at the hotel. We are headed to the Denver Aquarium and a Colorado Rockies game so I am not sure how many steps there will be. This got me over 5,500! A good start to the day – the last day of this vacation. 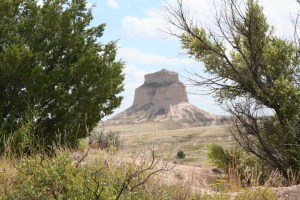 Today brought the final National Park (some day I have to figure out the different categories – National Park, National Historic Site, etc.) on this trip: Scotts Bluff National Monument.

From there, we journeyed to the Riverside Zoo in Scottsbluff. And then on to the monument.

As are many of the parks, it is an interesting place with much to ponder. The bluffs served as a landmark on trails west. From the European point of view those trails were about emigration and expansion. From the point of view of the Native Americans those trails were about invasion. A great deal to sort through when one thinks about it. And a great deal of thinking is needed.

Travel continued to Denver. Tickets have been purchased for the Colorado Rockies game tomorrow. A visit to the Denver Aquarium is also in order. 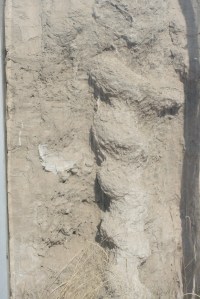 Not quite sure how to pronounce it, but that’s a picture of a Daemonelix. Tricia and I saw a few of these at Agate Fossil Beds National Monument in Nebraska.

After some debate, paleontologists have determined that Daemonelixes (proper plural?) were the creation of the Palaeocaster – a terrestrial beaver that lived like prairie dogs.

An interesting part of an interesting day that included a visit to Wind Cave National Park (the seventh area designated as a national park), lunch at the Hot Springs Gathering Place (where the portobello mushroom sandwich does not contain meat), views of Fall River, walking the streets of Hot Springs (the Blue Bison was closed, sadly), and dinner at Penny’s Diner.

Parallel to the sunset 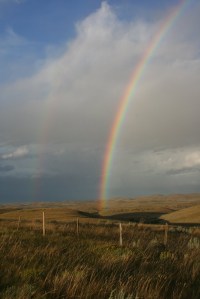 Today’s travel heads south – more or less. The goal is a couple more parks and then overnight in Morrill, NE.

The picture was taken at the Fetterman Battlefied on the Fort Phil Kearny State Historic Site in Wyoming.

Rain threatened – and actually happened on other parts of the field. We hightailed if to the car, stopping when we saw the double rainbow. The interior rainbow was actually a whole rainbow! First one I have seen in a long time. 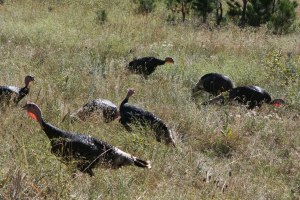 Started at Mt. Rushmore National Memorial. Learned about how the memorial was made – absolutely amazing story. Walked around the Presidential Trail – looked up presidential nostrils, a humbling experience.

Then went to the Crazy Horse Memorial. A quick trip to Jewel Cave National Monument followed. Without reservations, we simply checked out the exhibits and did a trail on top of the cave.

Then back to Keystone and a walking tour of historic Keystone.

A good day topped off with good numbers – 13,100 steps and a good blood sugar reading in the morning – and a normal reading for the second evening in a row! 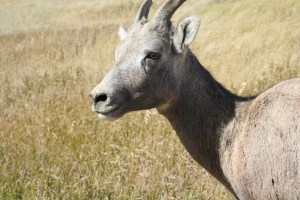 Tricia and I came across a number of creatures,

including some Bighorn Sheep. 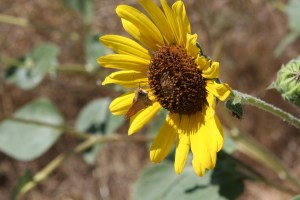 I have been away for a while.

First came the 2010 Peacemaking Seminar. Now, Tricia and I are vacation on the upper Great Plains.

Pictures have been posted on Facebook. I will get around to adding some pictures and posts from both events.

But here is the big news . . . I have been eating well and walking over 10,000 steps each day since we have been on the plains and this evening, I got a normal blood sugar reading. Let the rejoicing begin!