From the Presbyterian Church (U.S.A.) Office of Public Witness 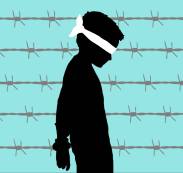 The briefing marks 50 years since Israeli forces occupied the West Bank, including East Jerusalem, and the Gaza Strip. Children under 18 years old currently represent 46 percent of the 4.68 million Palestinians living in the Occupied Palestinian Territory. This current generation has grown up in the shadow of failed negotiations and with futures stifled by systemic discrimination, persistent settlement expansion, blockade, and repeated military offensives.

Panelists will examine how persistent human rights violations, systematic impunity, discrimination, and a hyper-militarized environment affect the lives of the Palestinian children growing up under a military occupation with no end in sight.

The briefing is sponsored by Defense for Children International-Palestine and American Friends Service Committee as part of their No Way to Treat a Child campaign.

The afternoon appearance of the Until We Meet Again Tour occurred at Central Park, an oft-visited and favorite venue. As with Cathedral Church of Saint John the Divine, Tricia and I took a tour.

Central Park remains one of my favorite places in New York. But knowing of the dispossession of the Indigenous people and the people who lived in Seneca Village temper my understanding of the park and its meaning. 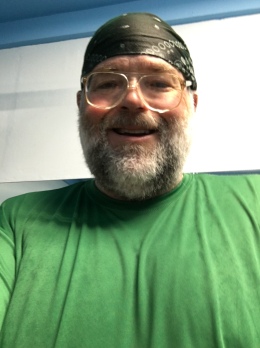 Does anyone else have any qualms about the use of the word “occupy” in the current movement sweeping across the United States?

I am not talking about the movement’s content. It has raised questions that need to be addressed. It has identified legitimate concerns. It has put on the table issues that should shame us: unemployment and underemployment; lack of access to health care; foreclosures; corporate bailouts; executive salaries incredibly disproportionate to the salaries of workers (to say nothing of executive bonuses; one in seven U.S. households not knowing where their next meal is coming from; one in four under the age of six living below the poverty line; and more. All issues with which we legitimately need to grapple.

My questions are not about  the movement’s content nor about the style of the nonviolent protest nor even about the lack of specific demands (those will come).

My questions – which I voice today because it is the day our country sets aside to mark the beginning of the encounter between Europeans and the indigenous people of what we now call the Americas (Columbus Day to some – Invasion Day to others) – focus on the word “occupy” itself.

Occupy. As the word is used, do we remember that all the land of this continent is occupied land? I am grateful to several indigenous thinkers and writers for reminding me of that: Eda Uca-Dorn, Occupied Movements, Colonized Minds, Jessica Lee, OCCUPY WALL STREET: The Game of Colonialism and further nationalism to be decolonized from the “Left”, and Tequila Sovereign, Manna-hata.

What does it mean to “occupy” occupied land? How does history – the occupation of the continent that led to death and destruction for indigenous peoples and enslavement and death for the peoples of Africa – impact and shape our current reality? What seeds were sown and what growth from those seeds haunts us still? Can we remake our present and redirect our future without confronting our past? What can we learn for our present situation from indigenous peoples and peoples of Africa who after all these centuries continue to resist?

Occupy. As the word is used, do we consider other places where it applies? Israel occupies the Palestinian Territories. U.S. military bases dot the world, projecting power, protecting empire, occupying corners of the world. Given the dynamics of current and past occupations, I wonder – is this the model we want to use to engage our current reality? Or is our current reality shaped by the model, the concept, the idea of occupation?

Again – I am grateful to the movement for raising questions critical to our humanity and our survival. But the use of “occupy” wonders me – will we engage our situation deeply enough – and is this the lens we want to use?

In any case – blessings to all involved – thank you for your initiatives – keep up the good work.