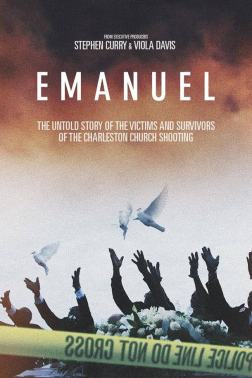 On the fourth anniversary of the horrific, terrorist attack at Emanuel African Methodist Episcopal Church in Charleston by an avowed white supremacist, I had the opportunity to view a new documentary Emanuel.

The event shattered lives and rocked Charleston and the nation. Emanuel powerfully weaves the history of race relations in Charleston, the significance and impact of Mother Emanuel Church, and the hope that somehow emerges in the aftermath.

Featuring intimate interviews with survivors and family members, Emanuel tells a poignant story of justice and faith, love and hate, and examines the healing power of forgiveness.

Emanuel is playing in theaters across the country for two nights – June 17 (tonight) and June 19 (Wednesday). See if it is playing near you and check it out.