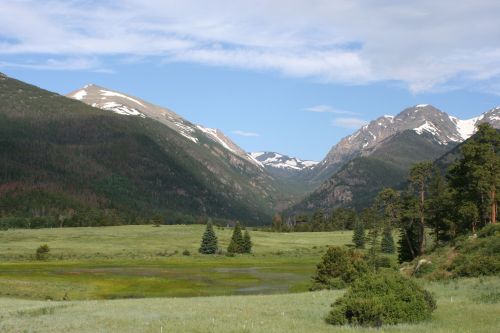 A
solitary
purple
sentry
stands
at
its
appointed
post. 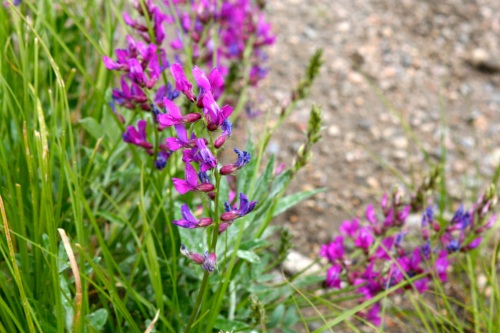 At some point,
I learned that
National Park Rangers
enforce the speed limit.
But he was nice
and allowed a warning
to suffice.

As in other places,
bees enjoy purple flowers in
Rocky Mountain National Park.

During the summer of 2011,
I spent a couple of days in Rocky Mountain National Park
where I found many purple flowers –
even if I don’t know their names.

Several photos from that trip will follow over the next couple weeks.

It is a game

I took this on 8 July 2011
in Rocky Mountain National Park.
It seemed an incongruous place
to see a football.

Yet tonight, while looking through old pictures,
it seems a metaphor
for how tangled athletics can become,
particularly at major colleges.

amidst a tangled, overgrown culture
where athletes can receive preferential treatment
that may included academic assistance (and more) or
a bending of disciplinary processes;

amidst a tangled, overgrown culture
where athletes may receive scholarships and
leave school without actually learning anything;

amidst a tangled, overgrown culture,
it  becomes too easy to forget,
to fail to see,
that at its heart,

For uncounted ages they have kept
a silent vigil over the valley:
steadfast, firm,
silent observers of
days gone by,
events long forgotten,
moments well-remembered.

For unknown ages they may stand
a stoic presence in the valley:
constant, unmoving,
voiceless witnesses to
occurrences unforseen,
futures unknown,
happenings unimagined.

An early start – at least in my world

I am not a morning person. On Koenig Standard Time, the hours for sleeping run from approximately 2:00 or 3:00 AM to 11:00 AM. Clearly this poses a challenge with the way days are currently structured. I do try to follow that schedule on weekends and vacations. 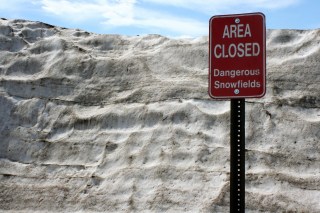 Today was an exception. I did stay up until 1:00 AM or so, but I also managed to awaken early. This was my day to spend in Rocky Mountain National Park. I decided to get an early start. I succeed. Even with spending time for breakfast and having to return to the hotel to pick up my National Parks Passport, I made it into the park by 8:30 AM (which probably isn’t all that impressive for others).

For a couple of hours, the park was reasonable empty. I drove the Trail Ridge Road to the Alpine Visitor Center, stopping often for pictures and to do a bit of hiking. By the time I made my way back – around 10:30 or 11:00 AM – traffic had picked up considerably. But still it was an enjoyable day – short of wildlife – but an amazing diversity of eco-systems – incredible views. Not sure my photos do the park justice – not sure they show up here – but I took a bunch.

Walked the streets of Estes Park again in the late afternoon. Picked up Leavings by Wendell Berry. Very impressive. I had read some of the poems before, but there are some awesome ones.

Found Harry Potter and the Chamber of Secrets on TV.  They were young. Clips from Harry Potter and the Deathly Hallows, Part II are being shown. It looks good. Will have to figure out how to see it before the Trail takes me back to Manhattan. Patience not being one of my strong suits.

Tomorrow back to Greeley for the memorial service for Steve Brown.

"Not in front of the Klingons"

I heard one of my all time favorite questions again tonight and a cute line that I had forgotten.

The day began with dealing with some emails. Then a visit to the Centennial Village in Greeley, Colorado. An interesting place. The signage could be better. Or they could have folks stationed throughout the village to do interpretation. Of course, we could have gone on the tour, but we did not have a whole lot of time as we had picked up some additional responsibilities for the day. Still, even taking the village at our own, somewhat rapid pace, there was much to learn. And there were many great, great flowers.

Lunch followed. I was looking for something light like a turkey sub. We came across Cheba Sub Hut. Most excellent. A quirky environment; a manic person at the counter, and good food. I could get hooked.

A drive to the Denver airport followed. Tricia went to a retreat. I went to Estes Park. I did a bit of walking around – it was a cool, rainy evening so I neither walked as much as I had planned nor did I take as many pictures as I planned although there were a number taken for the pine cone collection. But I saw some of the city – amazing how much I remembered given that I had only been here once and that some ten years ago. I picked up a copy of Live Rhymin’ by Paul Simon.

After wandering around Estes Park for a while, I returned to the Rocky Mountain Park Inn where I had received a good deal on Hotwire.

Channel surfing, I came across Star Trek VI: The Undiscovered Country playing on the SyFy Channel. It has some interesting moments. Shakespeare contributes the title and gets quoted fairly frequently.

It was followed by Star Trek V: The Final Frontier. It definitely is not one of my favorite movies in the franchise. But it does have one of my favorite questions of all time. The plot involves a search for God led by Spock’s half-brother. He takes over the Enterprise and away they go. Adventures follow. There are some intriguing reflections on the pain we carry. I need to ponder that further. After additional adventures, they arrive at the planet where God supposedly lives. They encounter a being who claims divinity. However, Kirk and Spock and McCoy are surprised to learn that this being is overly interested in the Enterprise. The being suggests that the starship will be useful as he (at least he appears as a he) seeks to escape from the planet. Finally Kirk can take no more and poses the eternal question: “Why does God need a starship?” I will tell no more to avoid spoiling the film. But I love that question.

Of course the line, “Please Captain, not in front of the Klingons.” isn’t bad either.