The Until We Meet Again Tour began in the offices of the Presbyterian Ministry at the United Nations with an afternoon of recycling programmatic files. Then I hopped the 7 train and rode one stop to transfer to the D. The ride ended at Coney Island, which as my son Sean points out is not an island.

I failed to get any photos of my friends, but several of them did and posted their photos on Facebook. If this works, here’s a gallery from Doreen.

I did get a photo of a couple of Brooklyn Dodgers who could play the game and who helped change our country. 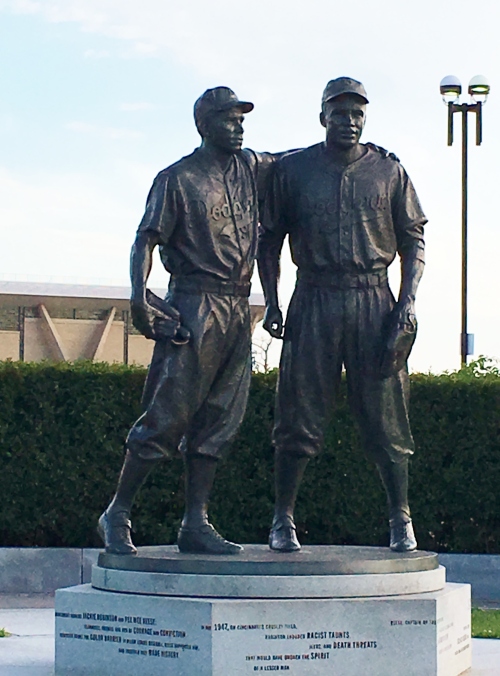