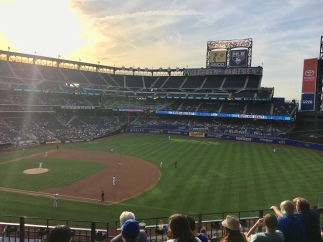 The Pirates played the second of their three games against the Mets. And the tour returned to Citi Field. The Pirates lost.

The Pirates came to town. And the tour went to Citi Field to see them play.

Once again the Until We Meet Again Tour hopped the 7 Train and rode out to CitiField. Grace Ji-Sun Kim and her daughter visited New York and went along. The Mets lost. The weather turned cold. But a good time was enjoyed. 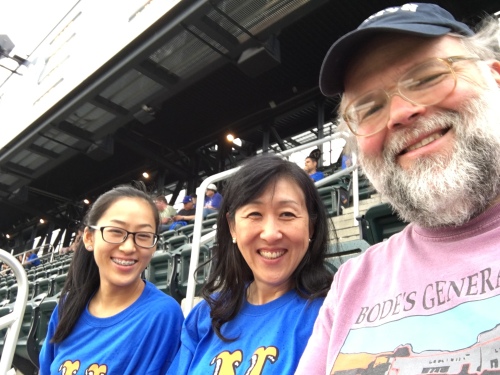 The bandanna, accompanied by Elisabeth Lee, Don Jang, and John Gingrich attended its first Pirates game on August 14, 2015 at Citi Field against the New York Mets. The Pirates, no doubt inspired by the bandanna, won in extra innings as they did the next night when Grace Ji-Sun Kim and Bob Brashear joined our group. 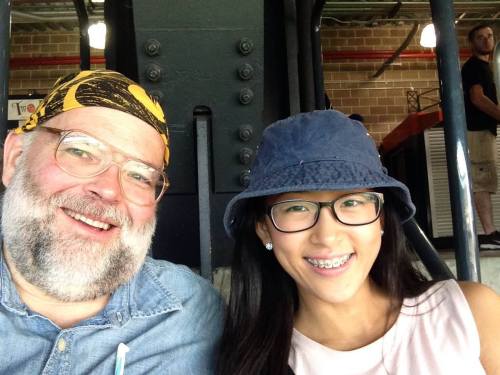 The story so far

They began making music in 1989. I discovered them in 1993 or so with their album Fire of Freedom. The combination of Celtic Rock, Irish Republican sympathies, intriguing instrumentation (guitar, uilleann pipes, saxes, and trombone), and broad influences (reggae, hip hop, folk, and jazz) grabbed me. Named after the worst year of the Great Potato Famine, Black 47 has been one of my favorites since. I have seen them in Irish festivals and bars. I have dragged friends along.

About a year ago, the band members announced the time had come for Black 47 to call it quits. They recorded a final album, The Last Call, and embarked on the Last Call Tour that will culminate on November 15 at the B.B. King Bar and Grill in New York.

On August 1, they played for Irish Night at Citi Field prior to the Mets game. Tricia went with me for one more, one last concert. In the words of their song, “Rocking the Bronx“: “that’s the story so far.” I am glad to have experienced a part of the story.

While waiting with Tricia for
Black 47’s concert,
a stop on their Last Call tour,
a purple flower
winked out from a field of white.